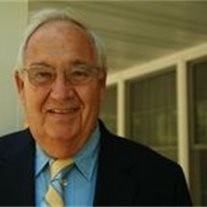 Thomas John Bordenaro, son of Frank and Catherine Lloyd Bordenaro, was born August 12, 1932 in Des Moines, Iowa, and died December 24, 2007 at the Greene County Medical Center in Jefferson, Iowa, at the age of 75 years. Tom started school at St. Anthony Parochial School in Des Moines. He moved to Perry, Iowa, with his family and graduated from St. Patrick High School in 1950. Tom worked with his father in the family business Perry Fruit Market from 1945 to 1950. He worked for American Van Lines for a year in the moving business and then worked for Perry Bottling from 1951 to 1953. Tom served in the Iowa National Guard for 22 years, retiring as an E7. In the early years of his service, he attended the Food Service School in Ft. Lee, Virginia. Tom met his future wife Marilyn Radebaugh of Rippey, Iowa in 1954. Tom's family moved to Jefferson in 1954 where he worked for his parents' business, Bordenaro's Market, and also for the U.S. Post Office for 3 years. Tom and Marilyn were married June 30, 1956 at St. Patrick Church in Perry, Iowa. They were parents of four children: Mary, Joanne, Julia, and Tom. Tom left the Post Office and began full time management of the Market until 1972 when he became part owner. After the Market closed in 1980, Tom worked as a Sales Rep for Gordon Candy of Des Moines, IA and then for Gourmet Award Foods of St. Paul, MN until retirement in 1998. After retirement he enjoyed working part time for Krieger's Greenhouse, making deliveries. Tom was an active member of St. Joseph Church and a choir member since 1957. He was past president of the Lions Club, a Tiler of the BPOE for 9 years and also a charter member of the Knights of Columbus since 1953. He also was a past President of the Jefferson Chamber of Commerce and past State Director of the Jaycees. His special love was his family and adored his children and grandchildren. Tom enjoyed traveling and his most memorable trip was to Sicily and Italy, looking up family ancestry. In earlier years he had enjoyed fishing, and he also enjoyed cribbage, cards, crossword puzzles, and making biscotti and limon cello. He was preceded in death by his parents, his granddaughter Megan M. Klein and step grandson Justin Fielder. Tom is survived by his wife of 51 years, Marilyn; his children Mary A. Fielder and husband David of Cedar Rapids, IA; Joanne M. Klein and husband Wayne "Klink" of Gillette, WY; Julia A. Levin and husband Ira of El Cerito, CA; and Tom F. Bordenaro and wife Tami of Carroll, IA; grandchildren: Dylan, Tanner, and Tyson Bordenaro of Carroll, IA and step granddaughters, Tiffany and Tawny. He is also survived by his sisters: Mary Lou Stromquist and husband Charles of Perry, IA; Margaret Koll and husband Don; Rose Knosp and husband Al , all of The Villages, FL; his mother-in-law Joyce Radebaugh of Jefferson, IA; cousins, nieces, nephews, other relatives and many friends.

The family of Thomas John Bordenaro created this Life Tributes page to make it easy to share your memories.

Send flowers to the Bordenaro family.