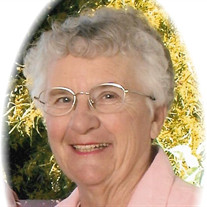 Hastings Funeral Home in PERRY is in charge of services for Shirley Kae Glenn, 82 of Altoona, formerly of Perry. Shirley died at her Son’s home in Altoona Saturday Oct, 13 2018. Services will be at 2pm on Thursday Oct 18th 2018 at the First United Methodist Church in Perry. Burial will be at the Rippey Cemetery. Visitation will be held after 1pm Wednesday Oct 17th at Hastings Funeral Home with the family present from 5-7pm. Memorials in her name may be left with Hastings Funeral Home for the family’s later designation. Shirley Kae Glenn, daughter of Donald Richard Anschutz and Edith Marie Pentico Anschutz, was born July 20, 1936 in Rippey, Iowa, and passed away October 13, 2018 at her son’s home in Altoona, Iowa. Shirley grew up in Rippey, graduating Rippey High School in 1954. Shirley was always a very gracious lady and she had many friends to prove it. In school she sang in the chorus and other groups, and played the flute. Shirley was excellent at both. She earned many awards for her talents. Shirley was united in marriage with Kenneth Eugene Glenn October 1, 1954 in Des Moines. They were blessed with two children, Mary Corinne and Ronald Wade. They lived in Perry for many years where they belonged to the First United Methodist Church and Shirley shared her lovely voice with the choir. She played her flute in the Municipal Band at the Pattee Park Band Shell. Shirley worked for Fareway, the First National Bank, and the Brenton Bank that later became the Wells Fargo Bank from which she retired. The couple became snowbirds and spent one year in Texas and spent every Iowa winter in Arizona until 2010. Shirley and Kenny, in addition to their many Iowa friends, made many more lifetime snowbird friends from all around the country and Canada. Shirley enjoyed camping, fishing, golfing (she had a hole in one at Rueter’s “The Hill”) and having fun at casinos. The couple enjoyed square dancing and playing cards. Shirley was a big fan of football and basketball games on TV, with the Chiefs, Hawkeyes, and Cyclones her favorites. Shirley and Kenny traveled and went on many Caribbean cruises, and to Alaska and Hawaii. Shirley was preceded in death by her parents, her husband Kenny, daughter Mary, brother Gary Anschutz, nephews Terry Anschutz; David Glenn; and Brian Anschutz. Shirley is survived by and will be lovingly remembered by her son Ron Glenn (Kelly); grandson Rob Glenn (Becky); granddaughters; Casey Z`Glenn (C.J. Scott); and Amanda Woodard (Joe); and five great grandchildren, Emily, Jesse, Nickol, Alex and Hunter, sister-in-law Joyce Anschutz of Scranton, Iowa; brother-in-law Bob Glenn (Catherine) of Grand Junction, Iowa, nieces, nephews, cousins, and many, many friends. Hastings Funeral Home

Hastings Funeral Home in PERRY is in charge of services for Shirley Kae Glenn, 82 of Altoona, formerly of Perry. Shirley died at her Son&#8217;s home in Altoona Saturday Oct, 13 2018. Services will be at 2pm on Thursday Oct 18th 2018 at the... View Obituary & Service Information

The family of Shirley Kae Glenn created this Life Tributes page to make it easy to share your memories.

Hastings Funeral Home in PERRY is in charge of services for Shirley...

Send flowers to the Glenn family.