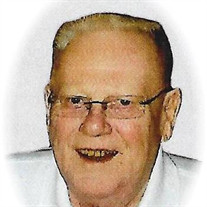 Michael R. Acton, age 78, of Dubuque, was called home peacefully at 4:00am, on Friday, January 11, at Hawkeye Care Center, surrounded by his loving family. To honor Mike’s life, funeral services will be held at 10:30am, on Tuesday, January 15, 2019, at St. Brigid’s Catholic Church, 602 Hager St. E, Grand Junction, Iowa, with Rev. Jim Bruch officiating. To celebrate Mike’s life, family and friends may visit from 10:30 am, until 1:00pm, on Monday, January 14, 2019, at ,Behr Funeral Home 1491 Main Street. Burial will be in Mt. Calvary Cemetery in Grand Junction, Iowa. Major Michael R. Acton, US Army (Retired), was born on September 9, 1940, in Rippey, Iowa, son of Robert J. and Helen F. (Aspenall) Acton, the oldest of the family’s seven children. He graduated from Rippey (Iowa) High School in 1958 and joined the military the following year. Mike was commissioned through the Army’s Officer Candidate Program and subsequently served as an infantry platoon leader during the Vietnam War. During his second tour of duty in Vietnam he served as an infantry company commander. Among his many awards are the Bronze Star For Valor, 3 Bronze Stars for Achievement in Combat, 3 Meritorious Service medals, the Purple Heart, the Air Medal and the Vietnam Cross of Gallantry with Palm. He completed his bachelor’s degree in English Literature at the University of Nebraska in Omaha in 1972, and his Master’s Degree in Journalism at the University of Kansas in 1981. After his retirement from the Army, he was an Assistant Professor of Journalism and the Communication Department Chairman at Clarke College in Dubuque for 13 years. He followed his academic career as a project editor for Buckledown Publishing Company in Iowa City, from which he retired in 2011. Mike is survived by his sons, Paul (Stephanie) Acton, of Gilbert, AZ, Sean (Vikki) Acton, of Maquoketa, IA; his six grandchildren, Dalen, Todd, Raina, Anya, Maia and Eli. His siblings, Dan Acton, Rippey, IA, Janice (Ken) Johnston, Chicago, IL, Tim (Sandra) Acton, Phoenix, AZ, Dave (Stephanie) Acton, Sun Prairie, WI, Pat (April) Acton, Gladbrooke, IA; He was preceded in death by his parents; a sister, Mary Acton; and a sister-in-law, Fereleen Acton. Mike’s family would like to thank the nurses and staff of Hospice of Dubuque, especially Amy and Nichole, for all of the care and support given to Mike and his family. Memorials will be accepted by the family to be distributed among his favorite charities.

Michael R. Acton, age 78, of Dubuque, was called home peacefully at 4:00am, on Friday, January 11, at Hawkeye Care Center, surrounded by his loving family. To honor Mike&#8217;s life, funeral services will be held at 10:30am, on Tuesday, January... View Obituary & Service Information

The family of Michael Robert Acton created this Life Tributes page to make it easy to share your memories.

Send flowers to the Acton family.