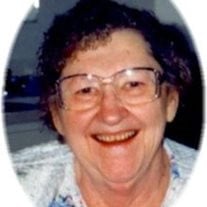 The family of Mary Maxine Lindahl created this Life Tributes page to make it easy to share your memories.

Maxine is survived by her husband, Wendell of Jefferson; daughter,...

Send flowers to the Lindahl family.