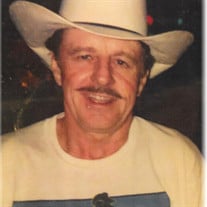 for Kent Sutton Mc William, 82, of rural Paton. Services will be at 11:00 a.m. Saturday, JANUARY 5. 2019, at the First United Methodist Church in Jefferson. Burial will be in the Junction Township Cemetery near Grand Junction. Visitation will be at Hastings Funeral Home in Jefferson on Friday, JANUARY 4, 2019 after 1:00 p.m. His family will be present from 5:00 to 7:00 p.m. Kent McWilliam is survived by his daughter Ann Marie McWilliam (Scott Yoder) of Sugarland, Texas; sister Diane Williams (Les) of Houston, Texas; and brothers Winston McWilliam (Joan) of Coal Valley, Illinois; and Evans McWilliam (Linda) of Paton.Kent Sutton McWilliam was born in Jefferson, Iowa, on December 15th, 1936. He lived his life on his family farm in Paton, Iowa. He graduated high school from Paton Consolidated in 1955 and left the farm briefly to attend college at Iowa State University, in Ames, Iowa. After one year he transferred to Arizona State University in Phoenix, Arizona, where he obtained a Bachelor's of Science Degree in Agronomy with a minor in Chemistry. Kent returned to the farm in Paton and continued to farm with his father, Wiltse McWilliam, for the next 20 years and then took over all farm operations for the rest of his life. In 1958 Kent married Suzanne Clopton from Jefferson, Iowa, and in 1959 they welcomed a baby girl, Ann Marie, yand in 1964 they adopted a son, Todd Kent. Kent and Sue were married for 20 years and divorced in 1978. Kent shared the majority of his life with lifemate Mary Tilley from Boxholm, Iowa, until her passing in 2016. Kent fell in love with horses at an early age when his dad bought his first horse which gained him the freedom to run his horse to town to visit his beloved grandparents. After college Kent was very active in playday sports participating in barrels, poles, and track racing with his trophy-winning horse Tonka. Eventually Kent began breeding, raising, showing and selling Arabian horses. During this time he also began horse and buggy rides with his beautiful white Arabian horse, McCoy. Kent and McCoy gave people hundreds of summer buckboard rides and winter rides in an enclosed Amish buggy. He also made many fond memories with people at parades and weddings. On his tombstone Kent is the "Paton Cowboy."Perhaps Kent's greatest claim to fame however might be his charismatic personality being a hilarious storyteller and an overall extremely funny person. He always delivered good times and laughs and those will be greatly missed.Kent is preceded in death by his father, Wiltse McWilliam, his mother, Blanche McWilliam Prasad , his son Todd McWilliam, his brother Roy McWilliam, and lifemate Mary Tilley. He leaves behind his daughter, Ann Marie (Scott) McWilliam Yoder, a grandson, Hayden Barr, his brother Evans (Linda) McWilliam, another brother Winston (Joan) McWilliam, sister Diane (Les) Williams and many nieces and nephews. Kent will be laid to rest at the Grand Junction Cemetery. Visitation will be at the Hastings Funeral Home in Jefferson, Iowa,

for Kent Sutton Mc William, 82, of rural Paton. Services will be at 11:00 a.m. Saturday, JANUARY 5. 2019, at the First United Methodist Church in Jefferson. Burial will be in the Junction Township Cemetery near Grand Junction. Visitation... View Obituary & Service Information

The family of Kent Sutton McWilliams created this Life Tributes page to make it easy to share your memories.

for Kent Sutton Mc William, 82, of rural Paton. Services will...

Send flowers to the McWilliams family.