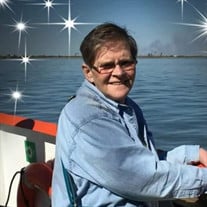 Hastings Funeral Home in Perry is in charge of arrangements for Kathryn Jo Walsh, 70, of Perry, Kathy died August 14, 2021 at her home. Visitation will be held from 1:00 until 7:00 p.m. Friday, September 24, 2021 at Hastings Funeral Home in Perry. Family will greet friends from 5:00 until 7:00 and have a fellowship meal starting at 5:00. Celebration of life services will be held 3:00 p.m. Saturday, September 25, 2021 also at Hastings Funeral Home in Perry. Kathryn “Kathy” Jo Annear Walsh was born February 15, 1951 to Ralph E. & Twyla B. Foltz Annear. She passed away peacefully in her home on August 14, 2021. Kathy was raised in Perry and moved away only twice for short times, then remained in Perry all her life. She graduated from Perry High School in 1969. During her high school years, she worked at the Perry & Corral Drive-In Theatres, which were a perfect fit for her as she was always a huge movie fan. In high school, Kathy made learning office skills her priority. She used those skills all her adult life. Kathy married Ron Tolle, Jr. in February 1970. They had a daughter, Wendy Jo. Kathy later married Charles Taylor. She always told people and was emphatic that it was a huge mistake and there was nothing good about that marriage except a few in-laws. She married her soul mate, Leo “Sharky” Walsh, in June 1991. Family was Kathy’s passion. Nothing was more important to her. She loved being a mom, grandma, aunt, and sister. She and her brothers constantly shared fond childhood memories of their mom and dad, grandparents, aunts, uncles, and cousins. Kathy tried to make times spent with the kids fun and memorable. Kathy’s second passion was her public safety career. She worked for nearly three years at the Des Moines Police Department as a secretary. In 1980, she left there and started her communications career at the Perry Police Department, where she was communications operator (911 dispatcher) and then communications supervisor. She stayed at Perry PD for 27 years. She was always proud to work in her hometown and assist in keeping Perry’s citizens safe. After her retirement from Perry PD, she continued her public safety career as a secretary at the Adel Police Department. Kathy enjoyed spending time with her family, reading, movies, trips to casinos, and all animals; in particular, her cats Willow, Sir, Ash, and Babycat. Kathy was preceded in death by her husband, Leo “Sharky”; her parents, Ralph & Twyla; her grandparent, Wilbur & Mary “Isabelle” Annear and Merle & Amy Quayle Foltz; her mother-in-law, Jean Walsh; her sister-in-law, Margaret “Margie” Walsh; and several aunts, uncles, and cousins. She is survived by her daughter, Wendy Jo (Eldon Thompson); brothers - Alan (Monica) Annear & Bill (Verneta) Annear; her grandchildren - Jordan “Jack” (Bekah) Taylor, Lily Ruppel, Allison (Jonathan Jones) Thompson, and Destiny Frees; her 7 great-grandchildren - Isabella, Sandra, Wyatt, Jayden, Leo, Ryder, and Saphira; her “adopted” grandma, Bev Koob; her nieces - Misty Lawson, Jenny Walsh, Carin Bassett, and Jodi Landry; her nephews - Dan (Ashley) Annear, John Walsh Jr, Joseph Walsh, Michael Walsh, and Jay Landals; brother-in-law John Walsh; an aunt - Elsina Faber Sieck; an uncle - Bob Rowe; her very best friend and partner in crime - Carla Shriver; 2 “adopted” daughters - Lisa Pentico and Lisa Ayers; her second family - the Zubers; her Perry and Adel PD families; many cousins and friends.

The family of Kathryn Jo "Kathy" Walsh created this Life Tributes page to make it easy to share your memories.

Send flowers to the Walsh family.