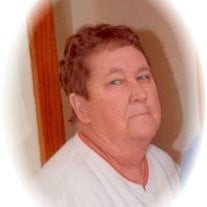 Hastings Funeral Home in Jefferson is in charge of arrangements for Iris "Sue" Kennedy, 68, of Grand Junction. Mrs. Kennedy died at her home on Thursday March 28, 2013. Services will be held 10:00 a.m. Tuesday, April 2, 2013 at the First Baptist... View Obituary & Service Information

The family of Mrs. Iris Irene Sue Kennedy created this Life Tributes page to make it easy to share your memories.