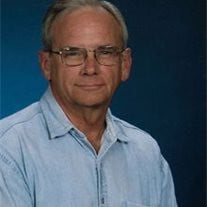 Edward Neil Pegg died June 9, 2018 at his home south of Jefferson. Funeral service will be at 10 a.m. Thursday June 14, 2018 At Hastings Funeral Home in Jefferson, with burial at Franklin Township Cemetery in Cooper. Ed is survived by his wife Connie of Jefferson, son Matthew (Mat)of San Angelo Texas and daughter Kimberly Pegg-Zeleznik of West Des Moines Friend may call after 1:00 on Wednesday June 13, with the family present from 5:00 until 8:00 p.m. Ed was born in Fort Wayne, Indiana, October 15, 1945 to Chauncey and Helen Pegg and older brother, Curtis. His family moved to Arkansas City, KS and then to Douglas, KS, eventually settling in Scranton, IA where he graduated from High School in 1963. He discovered his life-long sweetheart in Jefferson car-hopping at the A&W. They were married March 5, 1966 and transferred to JAX Naval base in Jacksonville, FL for 3 years. Then he was stationed on the USS Bon Homme Richard aircraft carrier off the coast of Vietnam. He returned to his wife and new daughter after the service. Years later, a son was added to their family having settled in Fremont, IA. In 1969, Ed started working for IA Machinery, Des Moines, IA (now MH Equipment) as a Field Service Technician repairing and maintaining lift trucks. In 1989, he moved the family to Adel, IA. After retirement in 2011, he was hired as a safety trainer, completing over 45 years of employment with the same company. Ed was actively engaged in the Fremont, IA community as a volunteer fire fighter. He served as a Deacon at the Church of Christ in Oskaloosa, IA. After the death of his best buddy, he filled in the role of minister at a small Grinnell, IA church for 2 years. He was an assistant coach for his son's baseball teams. He was an attendee (when possible) to all his children's baseball and football games, 4-H events, plays, band and choir concerts and music recitals. Ed enjoyed Harley bike trips with Connie and his friends, turkey and deer hunting, fishing, traveling and acting as tour guide for his non-appreciative family (cows on the hill). He enjoyed woodworking and was the quintessential handyman. Ed loved to play golf with his son, father in law, brother, sister in law and her sister. He liked to read his Bible and Louis L'Amour Western books, watch John Wayne, Clint Eastwood and Star Wars movies, make homemade ice cream and spend time with his family and friends. He had many surrogate grand-kids including nephews, nieces and friends' children. He loved God, his family and friends, and he loved his Country. Ed was a well-respected man who was loved by many and will be missed by all.

Edward Neil Pegg died June 9, 2018 at his home south of Jefferson. Funeral service will be at 10 a.m. Thursday June 14, 2018 At Hastings Funeral Home in Jefferson, with burial at Franklin Township Cemetery in Cooper. Ed is survived by his wife... View Obituary & Service Information

The family of Edward Neil Pegg created this Life Tributes page to make it easy to share your memories.

Send flowers to the Pegg family.