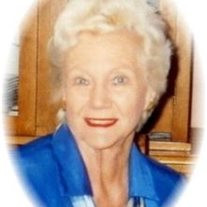 Doris June Thornburgh Saylor, daughter of Everett and Mary Thornburgh, was born June 15, 1933 in Perry, Iowa and died November 22, 2005 at the Baywood Banner Hospital in Mesa, Arizona at the age of 72 years, 5 months and 7 days. Doris June grew up in Rippey, Iowa and attended Rippey High School where she was an all state basketball player. After high school she attended the Iowa State Teachers College in Cedar Falls, Iowa where she got her teaching degree. She then taught in Newton, Blue Grass and North Scott. She then earned a BA degree from Augustana College. Later, she moved to Colorado where she taught school and earned her Masters degree from the University of Northern Colorado. She taught school in Bennett, Colorado and later became the Elementary Principle. For the past 25 years, she was the Vice President and Executive Secretary for Sayco Industries in Golden, Colorado. Doris June was always active in her community and loved basketball, watching the Broncos play football, swimming, tennis and line dancing. Most of all she enjoyed entertaining friends and family. Doris June was preceded in death by her parents, and step-dad: Vern Derry. She is survived by her husband William H. Saylor of Gilbert, Arizona; daughter: Tammy Simonton and her husband Don of Chandler, Arizona; sons: Tom Saylor and his wife Pam of Arvada, Colorado; step- sister: Velda De Moss of Rippey, Iowa; step-brothers: LaVere Derry and Chuck Derry both of Rippey, Iowa; step-daughter: Amy Saylor of Chicago, Illinois; step-son: Chris Saylor and his wife Ann of Moline, Illinois; 5 grandchildren: Jennifer Ross of Denver, Colorado, Seth Simonton of Chandler, Arizona, Daniel Saylor of Arvada, Colorado, Lara and Lilly Saylor both of Rock Island, Illinois; nieces, nephews, other relatives and many friends.

The family of Doris June Saylor created this Life Tributes page to make it easy to share your memories.

Send flowers to the Saylor family.