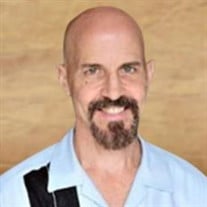 Dean Arthur Wilson, son of Errol and Anna LaFaun (Correy) Wilson, was born May 01, 1953 in Rippey, Iowa, and died March 29, 2022 in Los Angeles, California. He attended Rippey School through the eighth grade, attended East Greene High School for two years, and then graduated from Perry, Iowa High School in 1971. He attended the University of Iowa pre-med school, and then the National University of Natural Medicine in Portland, Oregon, where he received his degree as a Doctor of Naturopathic Medicine in 1979. Known professionally as Dr. Rex Wilson, he practiced primarily in the Los Angeles area for over 40 years, longer than any other Naturopath in California. He specialized in proactive preventative treatment, combining holistic healing methods with traditional solutions to medical challenges. He was highly regarded as a Naturopathic Physician, and was held in high esteem by his many patients and colleagues. He also practiced and did consulting work in Bali, Thailand & India. During these trips, he also travelled the countryside, and visited historic sites and temples. “Rex” was greatly respected by a large number of natural medicine practitioners across the U.S. His clients were devoted to him, some of then relying on his guidance for 15-20 years, as he kept them in good health with his energy and wellness recommendations. He leaves to mourn his passing, his brother Errol Lynn (Barbara),of Stillwater, Minnesota, two nephews, Jeffrey (Kim) & Jerry (Kristy) Wilson, and four great nephews, David (Amanda), Matthew, Nicholas, & Mitchell Wilson, also of Minnesota.

The family of Dean Arthur Wilson created this Life Tributes page to make it easy to share your memories.

Send flowers to the Wilson family.