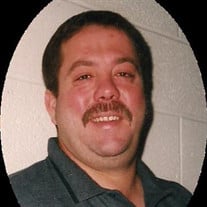 Services for Daryl Glen Luther were held 10:00 a.m. Tuesday June 11, 2019 at the Gospel Open Bible Church in Jefferson. Visitation was after 1:00 p.m. Monday June 10, 2019 at Hastings Funeral Home in Jefferson with the family present from 5:00... View Obituary & Service Information

The family of Daryl "Glen" Luther created this Life Tributes page to make it easy to share your memories.

Send flowers to the Luther family.