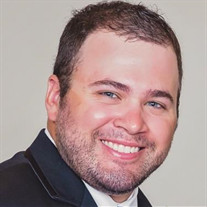 Hastings Funeral Home in Perry is in charge of arrangements for Adam Michael Meinecke, 27, of Nashville, Tennessee, formerly of Panora. Adam died of an accidental drowning Sunday June 17, 2018 near Cuba, Missouri while vacationing. SERVICES for Adam Meinecke will be at 2:00 p.m. SUNDAY, June 24, 2018 at the Panorama H.S. Auditorium in Panora. VISITATION WILL be after 1:00 p.m. SATURDAY June 23, 2018 at Hastings Funeral Home in PERRY. Burial will be in Violet Hill Cemetery Monday. Adam was born with a passionate, adventurous soul. No matter what came his way, he met it head on, with his entire focus and desire to excel. Adam’s personality drew many people and interests into his life. It is true that he never met a stranger. It often seemed that he was like an adult in a young body. He was never hesitant to put his talents to work, whether it be writing poems and songs, working on a book, producing a podcast, dancing, being a voracious reader, or the most basic in life, being an excellent, loving son, brother, cousin, nephew, grandson, and friend. Some of his biggest attributes were his kindness, compassion, sincere interest in others, his ability to use his humor to lighten everyone’s faces, and his ability to make others comfortable. Adam enjoyed entertaining using his incredible gift of quickly remembering jokes and memorable stories. Adam was blessed to be born in a loving, caring, and very supportive family who rallied to help him through his battle with cancer. Adam was honored to throw out the first pitch at an Iowa Cubs Game. During this time, he not only was supported by many, but he chose to support other cancer patients. After graduating Panorama High School in 2009, Adam had a wonderful year at Cornell College in Mt. Vernon, IA. While there, he shared his conservative values with listeners of his radio show. He was pleased to have met Chuck Norris, Mike Huckabee, and others who shared his conservative passion. Adam transferred to Iowa State University and made many lifelong friends, too many to list. Adam had recently moved to Nashville, Tennessee where he joined a heavy equipment rental company as a territorial manager. The company said that he had made an incredible mark and they praised his confidence and honorable sales attitude. Adam and his sister Sarah, younger brother Conner, and brother-in-law (brother from another mother) Taylor are incredibly close. Robert, Adam, Conner, and Taylor were hunting and fishing buddies. Recently the whole family, including Conner’s girlfriend Morgan, went wild boar hunting in Tennessee. Well, the girls actually went shopping and exploring. The guys’ trophies will soon be completed. To his siblings, he is a best friend, to his friends he is a brother. Adam was preceded in death by his maternal grandparents, Gary and Jeannine Fellom; paternal grandfather George Meinecke Jr. and cousin Mark Johnston. Adam will forever be in the hearts of his loving parents Robert and Sheri; his precious sister Sarah Burkhardt and her husband Taylor of Adel; (and their baby who will join the family soon and will be under Uncle Adam’s angelic care); his beloved baby brother Conner; and paternal grandmother Roberta Meinecke of Panora. Adam’s grandparents were always his cheerleaders. Many aunts and uncles have loved him dearly, Hal Meinecke (Diane) of Jamaica; Nancy Johnston (Denny) of Jamaica; Chris Meinecke (Vicki) of Maquoketa; George Meinecke III (Michelle) of Norwalk; Trudy Hastings (Chris) of Panora; Trent Fellom (Carrie) of Perry; Darin Fellom (Michelle) of Chippewa Falls, Wisconsin; Troy Fellom also of Wisconsin. His cousins who were a great part of his life (and vice-versa); H.D. Meinecke (Monica); Amy Guiter (Aaron); Abby Smithson (Todd); Tracie Prince (Pat); Tim Heard (Kara); Danielle Johnston; Craig Johnston (Julie); Steve Johnston (Stephanie); Ryan Johnston (Debby); Heather Starr (Brandon); Ryan Meinecke (Sue); Michael Meinecke (Kate); Keenan Meinecke (Megan); Kevin Meinecke; Katie Meinecke; Kelsey Hastings; Anna Hastings; Alexandra Fellom; Kory Fellom (fiancée Jayde); Nicholas Fellom; Nathan Fellom; Danielle Fellom; Miranda Fellom; many second cousins, relatives, and many, many friends who Adam loved. A very special thank you to the Twigg family.

The family of Adam Michael Meinecke created this Life Tributes page to make it easy to share your memories.

Send flowers to the Meinecke family.